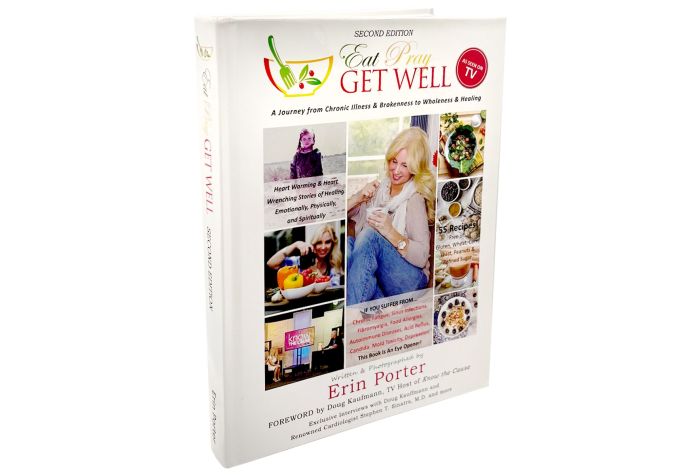 At eighteen years old Erin was desperate to leave her parents home and her difficult childhood behind. Erin landed a job in Manhattan and rented the only apartment she could afford – one with mice, roaches, mold, and things not identifiable. Regardless, it was still better than being at home. Unfortunately, the excitement was short lived. Instead of enjoying her newfound freedom and exploring the big city, she was running from doctor to doctor on her lunch hour trying to get answers as to what was single handedly trying to destroy her health. Within weeks of moving in, Erin came down with her first of hundreds of sinus infections along with ever changing bizarre and scary symptoms. This marked the beginning of a 20+ year descent into chronic illness and research. Still impacted by an abusive childhood and feeling abandoned (or disregarded) by a bewildered medical community, Erin faced the reality that she needed to heal herself not just emotionally, but physically and mentally. Erin found an unexpected relationship with God in the process. This book is for anyone who feels that their illness has been ignored within the halls of science as well as for those who are stuck in past hurts.

Foreword written by Doug Kaufmann - Host of televisions Know The Cause. Eat Pray Get Well also includes 55 recipes free of gluten, yeast, and refined sugars but this is not your Grandmother's cookbook! Exclusive interviews also included with Doug Kaufmann, Joe Cross, Dr. Stephen Sinatra, and much more. As seen on ABC, NBC, CBS, PBS American Health Journal, Know the Cause and Christian Television Network.

Made in Kansas, USA